5 Women Who Made History 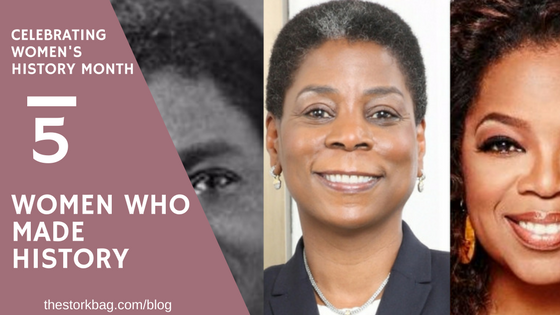 Written by The Stork Bag Team

As we celebrate Women’s History Month, today we would like to acknowledge 5 women who made history!

The Stork Bag was founded in 2014 by Ericka Perry, a wife and mother of 3 who has a deep passion for women and mothers. Each time you shop with us, you are contributing to a dream and a long-standing history of woman entrepreneurship. Thank you for supporting a woman-owned/woman-ran business!

As we all head into a brand new year, we wanted to wish all of you a healthy, happy and full of love year ahead. As winter is still here for some of us, we thought that some reminders about driving safely on hazardous roads would come in handy, specially when driving...

END_OF_DOCUMENT_TOKEN_TO_BE_REPLACED

Hello and welcome to November everyone. As we approach the winter holidays, we thought, that together with offering you the option of shopping for a Baby Shower Gift Box, we should also offer you some tips on how to take the stress out of planning a Baby Shower. We...

END_OF_DOCUMENT_TOKEN_TO_BE_REPLACED

The Stork Bag team strives to put a smile on the face of every mother that receives one of our boxes.  Whether you are buying for your wife, daughter, daughter in law, friend or yourself, we want everyone who receives a Stork Bag to be pampered.  That’s why we are always searching for the right product partners – so that we can continue to offer the best pregnancy gift ever.